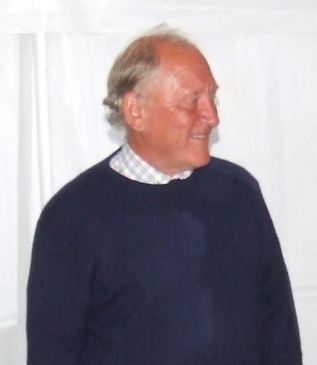 It is with sadness that we have to pass on the news that Mike passed away on May 25th after a short illness.

Mike had been active in the position of Bosun at the club since 2013 and had been a member since 2000. His main sailing interest had been his Albin Vega "Jenavive" 1768 that he kept at the Hundreds of Hoo Sailing Club on the River Medway.

Mike was heavily involved the Vega Association GB and had been the chairman of that class assosiation for a number of years, Mike also held the position of President of VODA, the Vega One Design Association.


In 2006 Mike attended the Albin Vega International Friendship Regatta in Germany held at Eckernförde in the Baltic. A number of GMSC club members were taken on as crew for the outward and return trips (Tony Blair, Tony Green outbound with John Philips and Rick Atkins return trip). An interesting introduction to crossing the North Sea, hugging the Duch and German coasts, entering the Elbe and then passing through the Kiel Canal. There is a writeup of the trip by Mike on the Albin Vega GB website.


Mike has also been an active supporter of the Local RNLI fundraisers and other local charitable organisations.


Mike will be much missed and our thoughts are with his family.